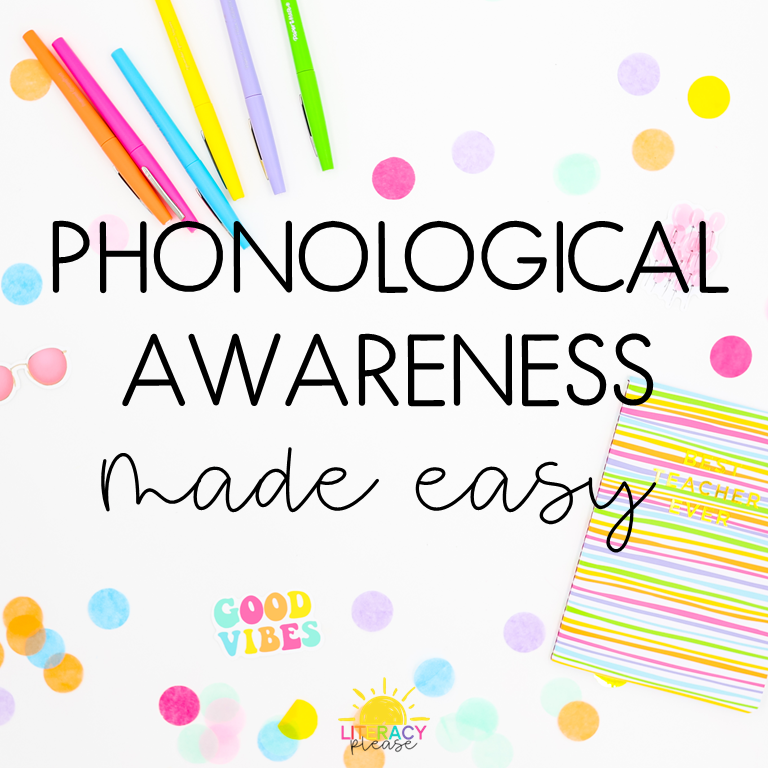 You know that phonological awareness (P.A.) is an important part of literacy. You also know that without curriculum, it can be difficult to sneak it into our daily routine. Having a guide to quickly implement 3-5 minutes of P.A. into your morning message, right before phonics, or as a calming activity after recess activity could really make a difference with your young readers. If you’re still a little (or a lot) confused, keep reading to learn more with these phonological awareness examples.

What is Phonological Awareness?

You’ve probably heard the terms phonological awareness and phonemic awareness. And maybe you’ve wondered what’s the difference or are they the same thing?

As you can see in the graphic below, phonemic awareness falls under the umbrella of phonological awareness, which consists of four components–word awareness, syllable awareness, onset-rime awareness, and phoneme awareness.

For more information about each, keep reading.

The girl can ride her bike has six words. A child’s ability to break a sentence into word parts is word awareness. It can also be the awareness of the two words that make up a compound word. For example, if you give a student two words and ask them to put the words together, or blend, that is another example of word awareness.

Below is an example of blending, segmenting, and deletion using the word sunflower.

A step above word awareness is syllable awareness. This skill is important as it will eventually lend itself to decoding and spelling multisyllabic words. Understanding how to identify syllables will help students break apart words while reading and writing longer words. But first, students will need to practice orally.

Recognizing Rhymes: given two words, students must decide if the words rhyme. For example, kit, bit or ten, top.

The phoneme level is pretty hefty, yet imperative. This level is said to be a predictor of students’ reading success. There are eight components to the phoneme level–isolation, identity, categorization, blending, segmenting, deletion, addition, and substitution.

If you’re looking for more phonological awareness examples, lessons, and information check out The Six Shifts, which has some great free downloads.

YOU MAY ALSO ENJOY... 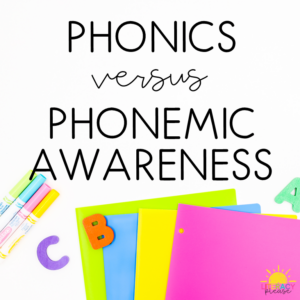 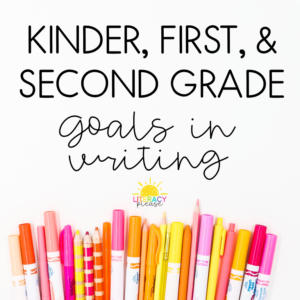 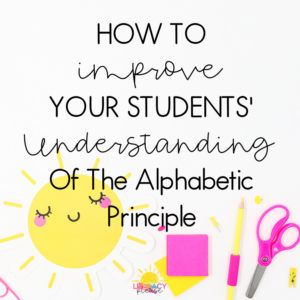 Improve Your Students’ Understanding of the Alphabetic Principle

I’m Stacy.
Welcome to Literacy, Please, a website dedicated to all things literacy. If you need engaging, hands-on, research-based literacy activities, you’ve come to the right place. From phonics to fluency and language to writing. You’ll find what you need here and so much more. I’m so happy you stopped by!